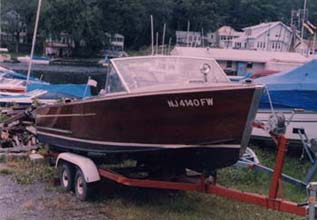 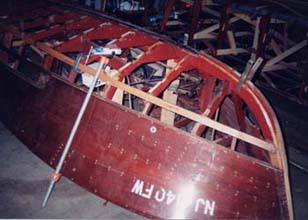 Left, summer 1996, the boat before restoration at a marina in Lake Hopatcong, NJ. The owner bought the boat a several years before, used it and decided that it needed bottom work. Right, during restoration with all new bottom frames, stem, forfoot installed and the chines being installed. 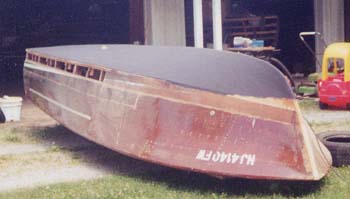 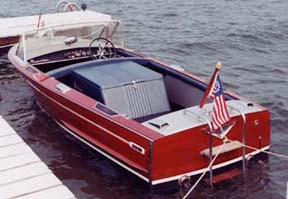 Left, spring of 1999 the bottom installed, painted and the boat is ready to be turned upright. Right, July, 1999 the 1967 Resorter during testing before returning to Lake Hopatcong. 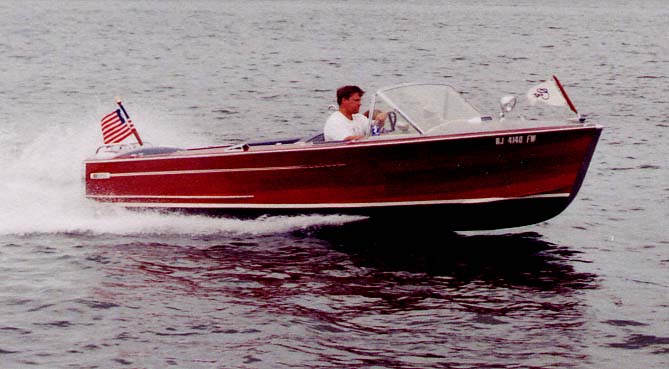 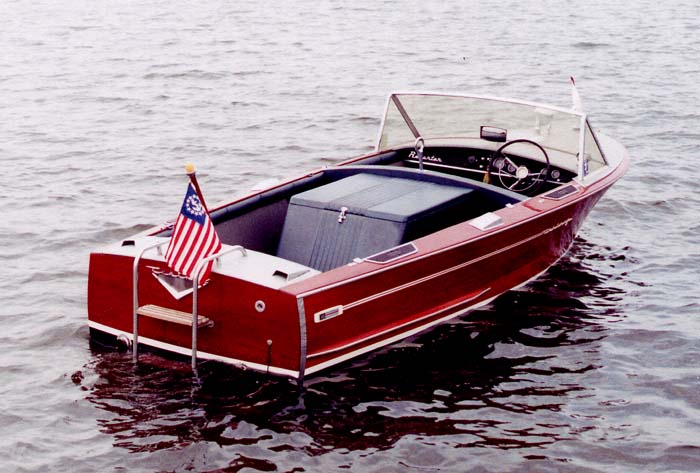 This photo is after Restoration which was completed in July, 1999. The boat sports its original blue, silver & black upholstery, and is powered by its original 190 hp. Interceptor engine. 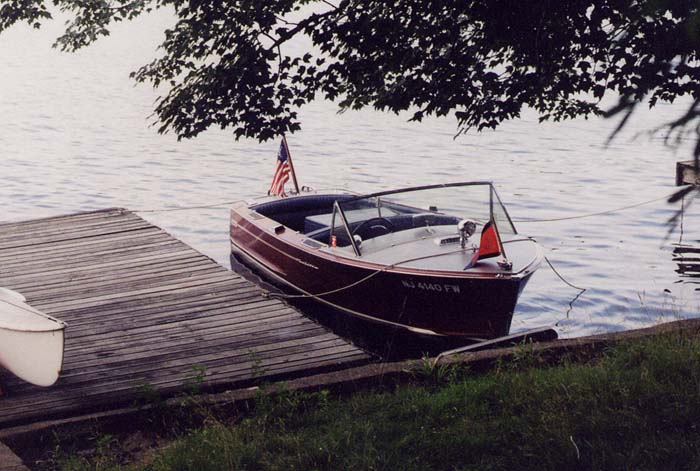 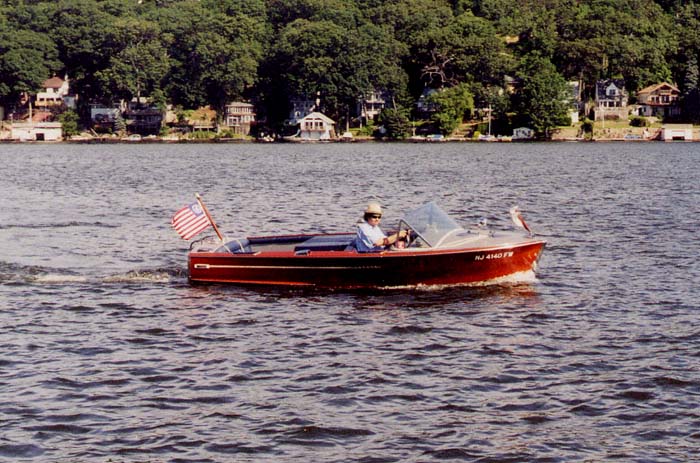 July 7, 2000 arriving at the Lake Hopocong Show. The owner is at the wheel.